Where Our Water Comes From

The City of Fairview's water source is groundwater, pumped from wells within city limits. All wells but one pump water from the Sand and Gravel Aquifer, an aquifer primarily made up of silt, sand, and gravel-sized sediment deposited by the ancestral Columbia River and rivers draining the Cascade Range. Several other municipalities in the area use the Sand and Gravel Aquifer as a water source, including the Cities of Troutdale and Portland. The other well pumps water at shallower depth from the Troutdale Sandstone Aquifer. 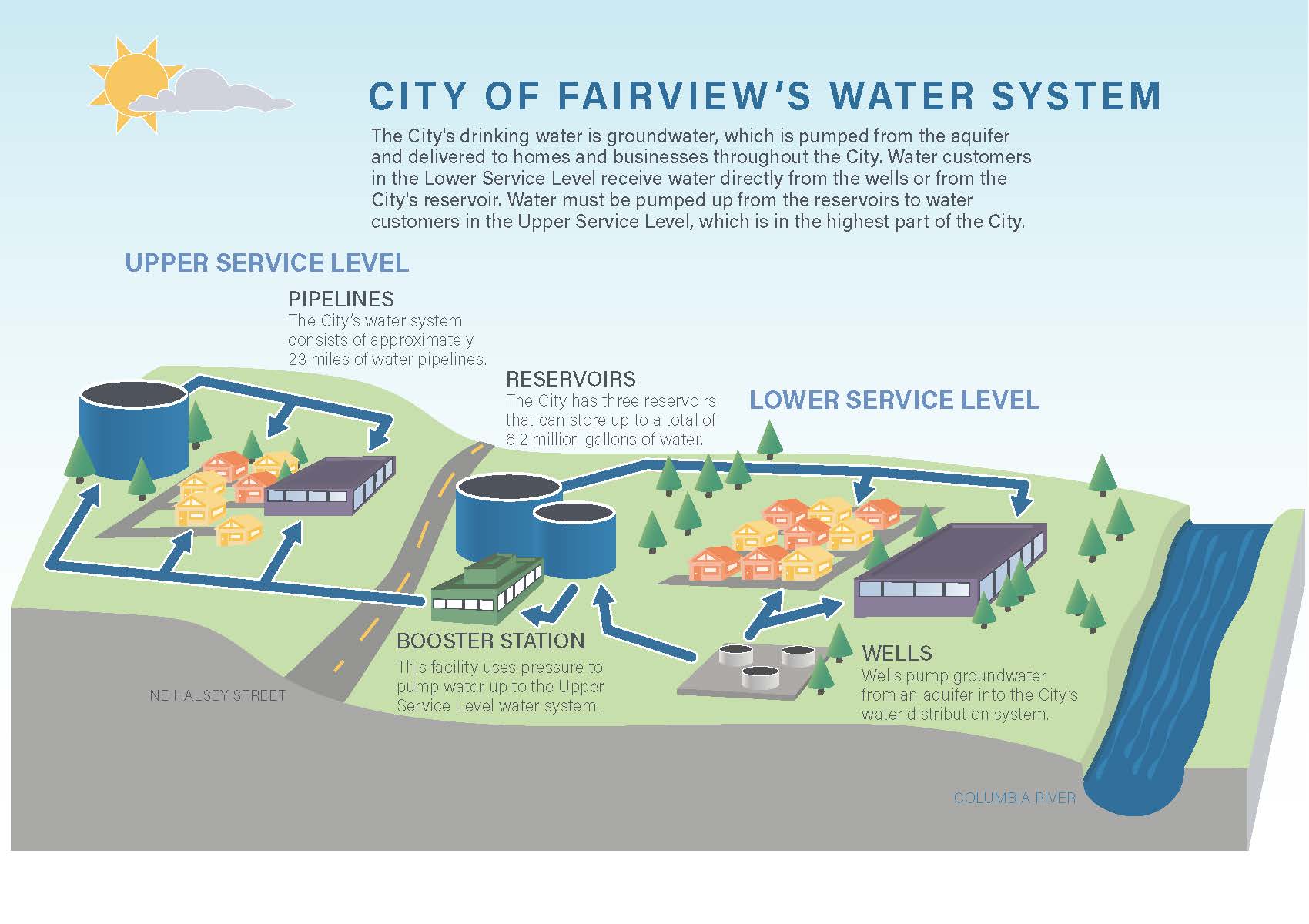 The pH level of the City of Fairview's water typically ranges from 7.8 to 8.1, well within EPA recommended levels (6.5 to 8.5). This is considered moderate on the hardness scale. Water hardness is a common quality of water; it is caused by dissolved levels of calcium and magnesium, which originate from naturally occurring compounds typically found in groundwater as it moves through soil and rock.

A thin film left on dishes and glasses run through the dishwasher is a normal byproduct of dissolved minerals in your water and demonstrates the effects of water hardness. Hardness also prevents soap from lathering as easily. Water hardness is not a health concern and is not typically thought to cause concerns with taste. Very hard water can leave a chalky aftertaste, but ours is not very hard. Moderately hard water also contributes a small amount toward calcium and magnesium human dietary needs.